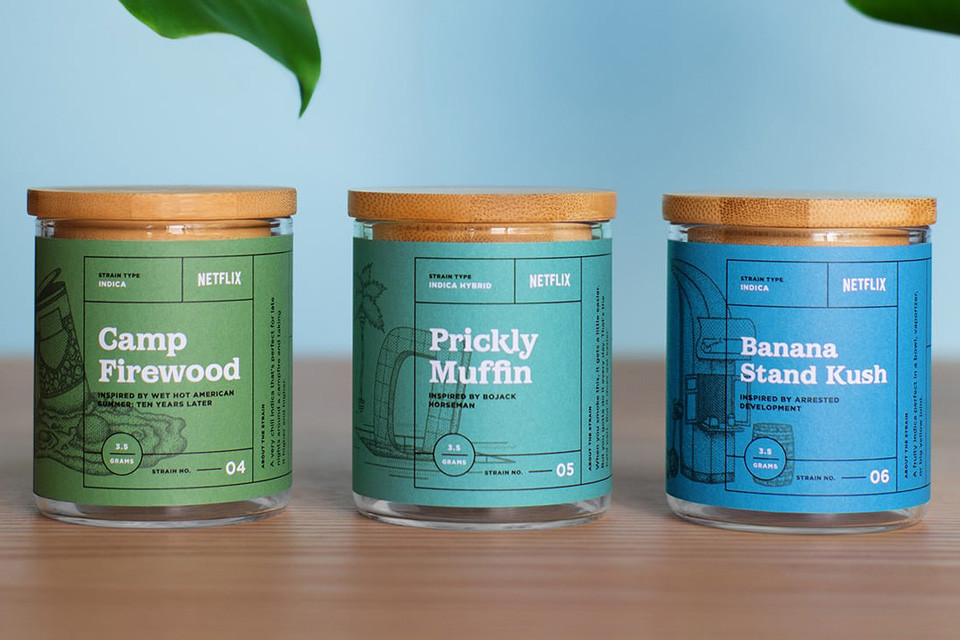 Netflix may have gotten a whiff of what a lot of us were already doing.

The strains will only be sold for a limited time, September 1st – September 3rd, at a pop-up shop in West Hollywood.  They will not be available for mail-order purchase due to federal regulations.

According to a statement released by Netflix,

“each strain was cultivated with the specific shows in mind, designed to complement each title based on their tone. For example, sillier shows may be more indica dominant, while dramedies will be more sativa dominant to help the more powerful scenes resonate.”

Some of the shows include Arrested Development, which is paired with “Banana Stand” Kush. “Prickly Muffin” is an Indica Hybrid inspired by BoJack Horseman, and “Camp Firewood” an Indica strain inspired by Wet Hot American Summer.

If I had to pair a strain with a Netflix show, I’d pair my two of my faves: