Bad Girls Have Always Had A Special Place In My Heart…

Here at High. How Are You?, we have always been fond of the lawless and especially love those who can simultaneously not give a fuck and do it in style!

Keeping an eye on celebrity legal troubles and high profile court cases has long been an American past time. What celebrities wear to trial is no exception!

Here Are Some Of Our Favorite ‘Litigious’ Looks:

Charge: Bank Robbery, Use of Firearm

Verdict: In 1974 Patty Hearst, then a young publishing heiress, was kidnapped by a guerrilla organization called the Symbionese Liberation Army. Claiming to be brainwashed, Hearst and several other members of the SLA robbed a bank at gunpoint with an M1 Carbine rifle. Two men were injured in the assault and Patty served less than two years in prison for the incident.

Patty Hearst’s court looks serve as a great snapshot of fashion in the late 70’s. Much like actresses Jane Fonda, Anjelica Huston and Diane Keaton, pairing a tailored three-piece suit ensemble with a Halston-esque trench coat was a very trendy look for that era. 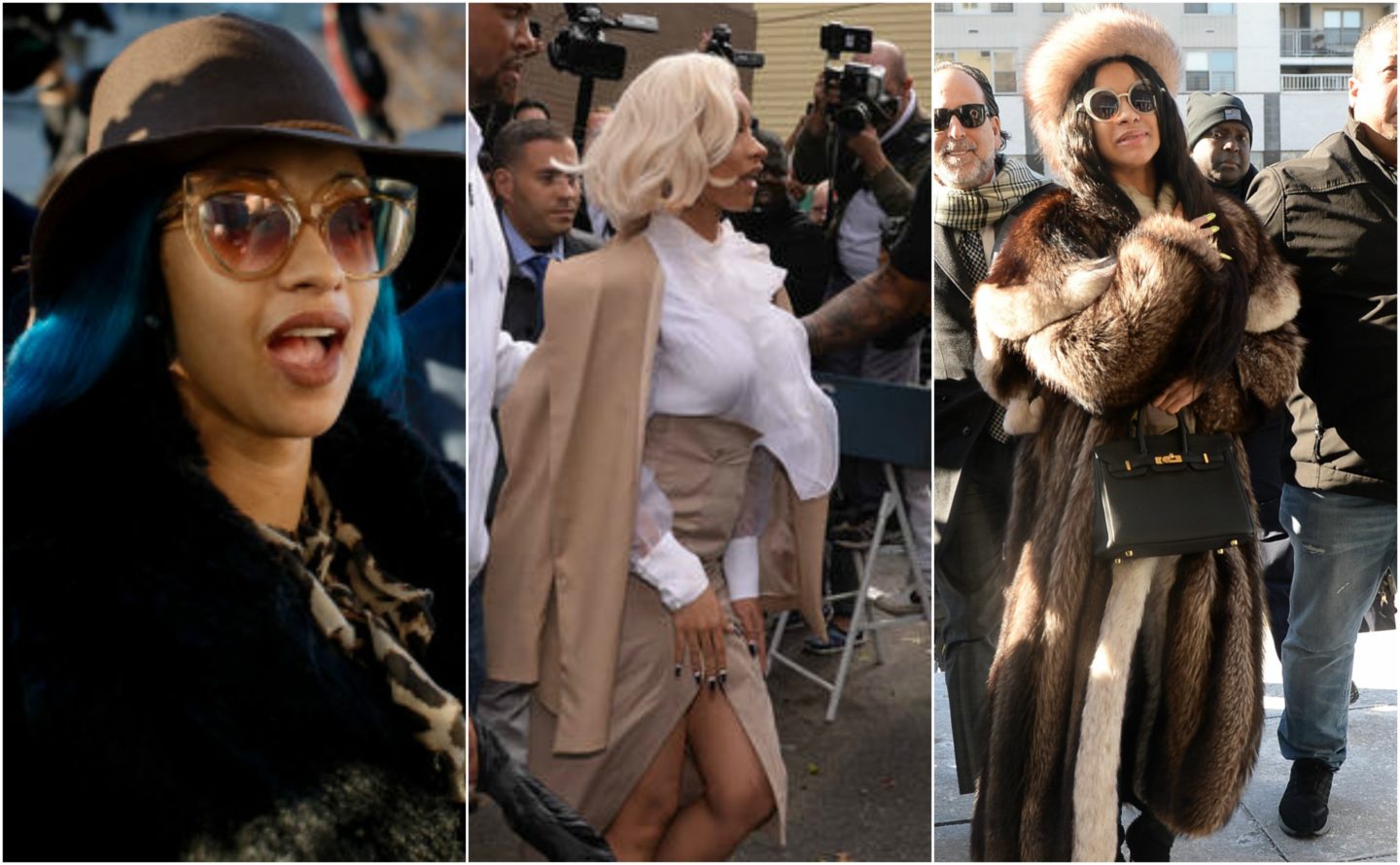 Verdict: Cardi B reminded the world that she was in fact ‘from the Bronx’ when she ran up on two strip club bartenders that she believed had a relationship with her man. Ultimately Cardi was acquitted and court-ordered to keep a distance from the alleged victims.

Cardi’s court looks were reminiscent of a recently widowed second wife, who has to fight her husband’s adult children for his estate. The Fur. The Drape-y Blouses. The Drama. We’re here for all of it.

Verdict: We all know Naomi Campbell as one of the baddest beauties to ever grace a runway, but in 2007 & 2008 during two separate incidents, Naomi plead guilty to assaulting her housekeeper and two officers at London’s Heathrow Airport. In 2010, Naomi was called to testify in a war crimes trial against former Liberian president Charles Taylor. Naomi reportedly had received blood diamonds as a gift from the former leader. She famously took the stand to let the judge know that having to be present for a human rights trial was a “big inconvenience” for her.

Naomi took her legal troubles and turned it into an opportunity to serve. It’s hard to recall a time where Naomi Campbell looked less than runway ready, but she really made an effort to kill it on the courthouse steps. Final thoughts…GUILTY: Of running away with my edges! 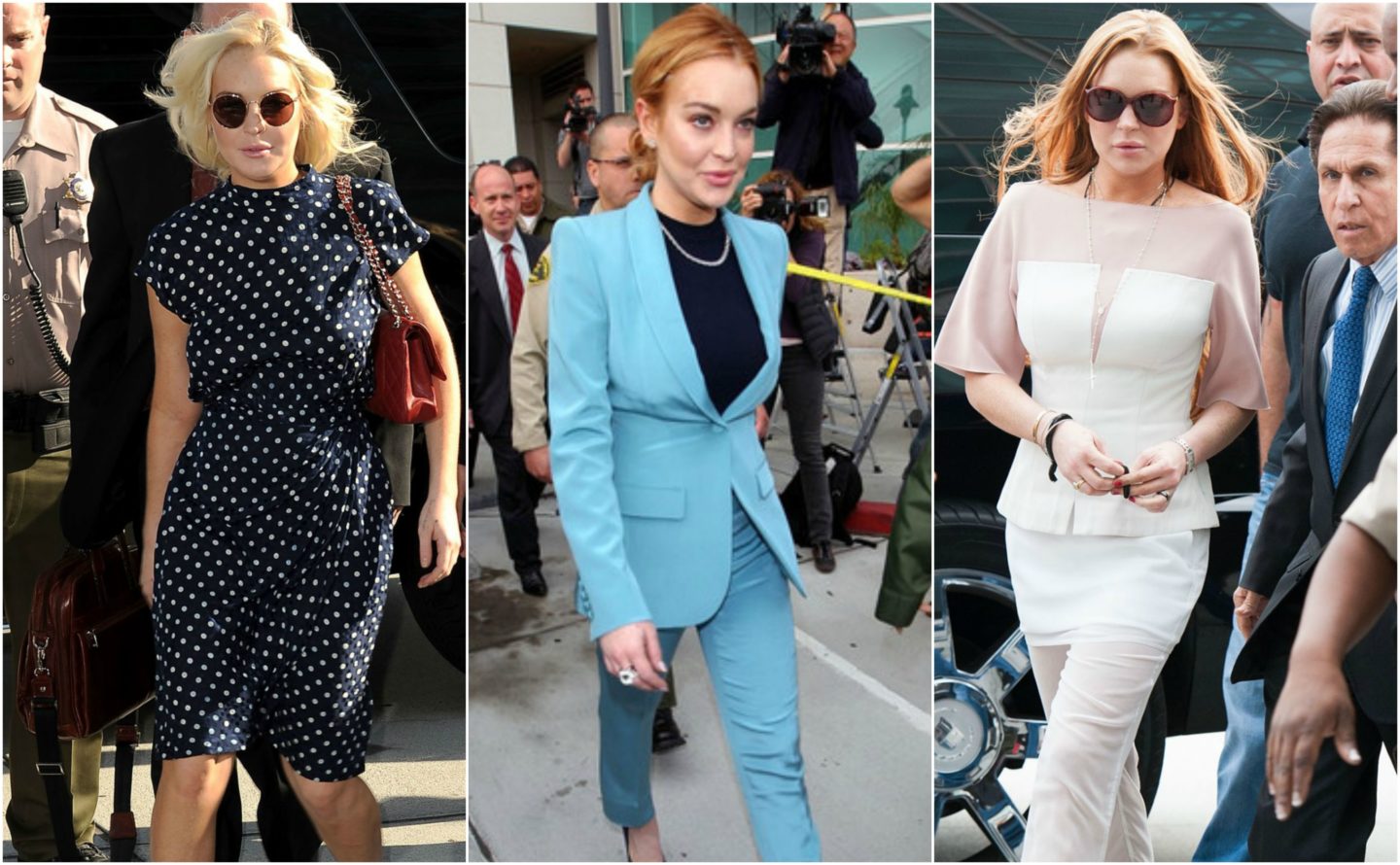 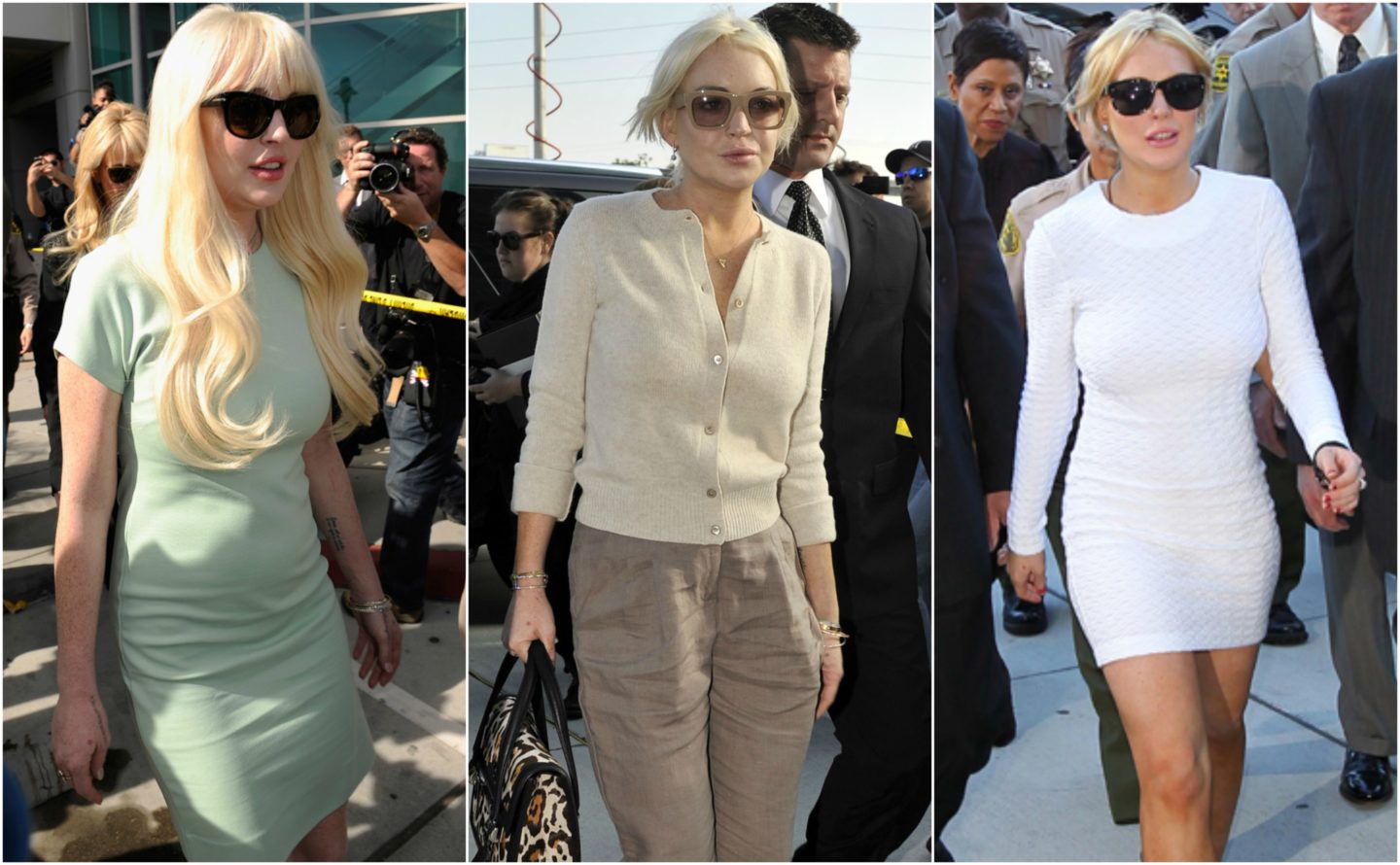 Verdict: Between 2007 & 2012 Lindsay Lohan basically lived inside the justice system. Child stardom hit homegirl pretty hard and she got caught in a web of legal troubles ranging from DUI’s, drug charges, missed hearings, and probation violations. Frequent court appearances meant frequent opportunities to slay a perp-walk. While her criminal couture may not have swayed the judges into giving her a leaner sentence, her white blonde and filthy rich image kept her behind bars for less than 24 hours for all charges combined. Her sea-foam green dress and platinum blonde ‘baby-bang’ wig look was our personal favorite. 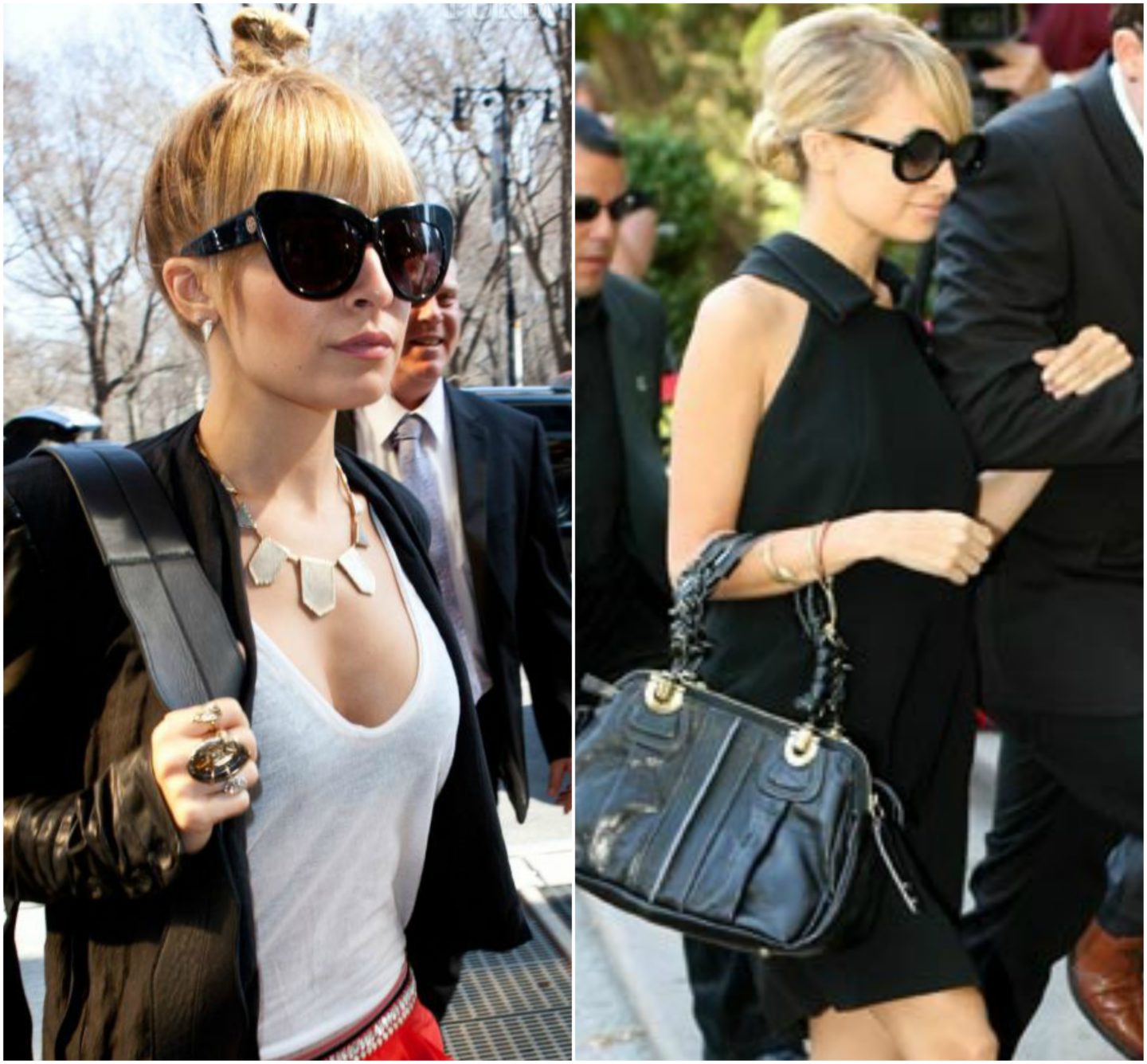 Verdict: In 2006 Nicole Richie was arrested and charged with a DUI after driving her Mercedes the wrong way onto an exit ramp. Miraculously no one was hurt but the incident put an end to her notorious partying. For those who remembered her reality TV days on the show ‘The Simple Life’, neither Richie or her co-star Paris Hilton were known for being stylish. Despite their insane amount of wealth, they both insisted on wearing a uniform of visible thongs and Von Dutch hats.

In an effort to leave the past in the past, Richie stepped up her shit and coordinated a few sleek looks for the courtroom. Although driving under the influence is on the universal list of worst ideas, Nicole Richie’s journey from “Florida Girl” to “Breakfast at Tiffany’s” has been interesting to watch. 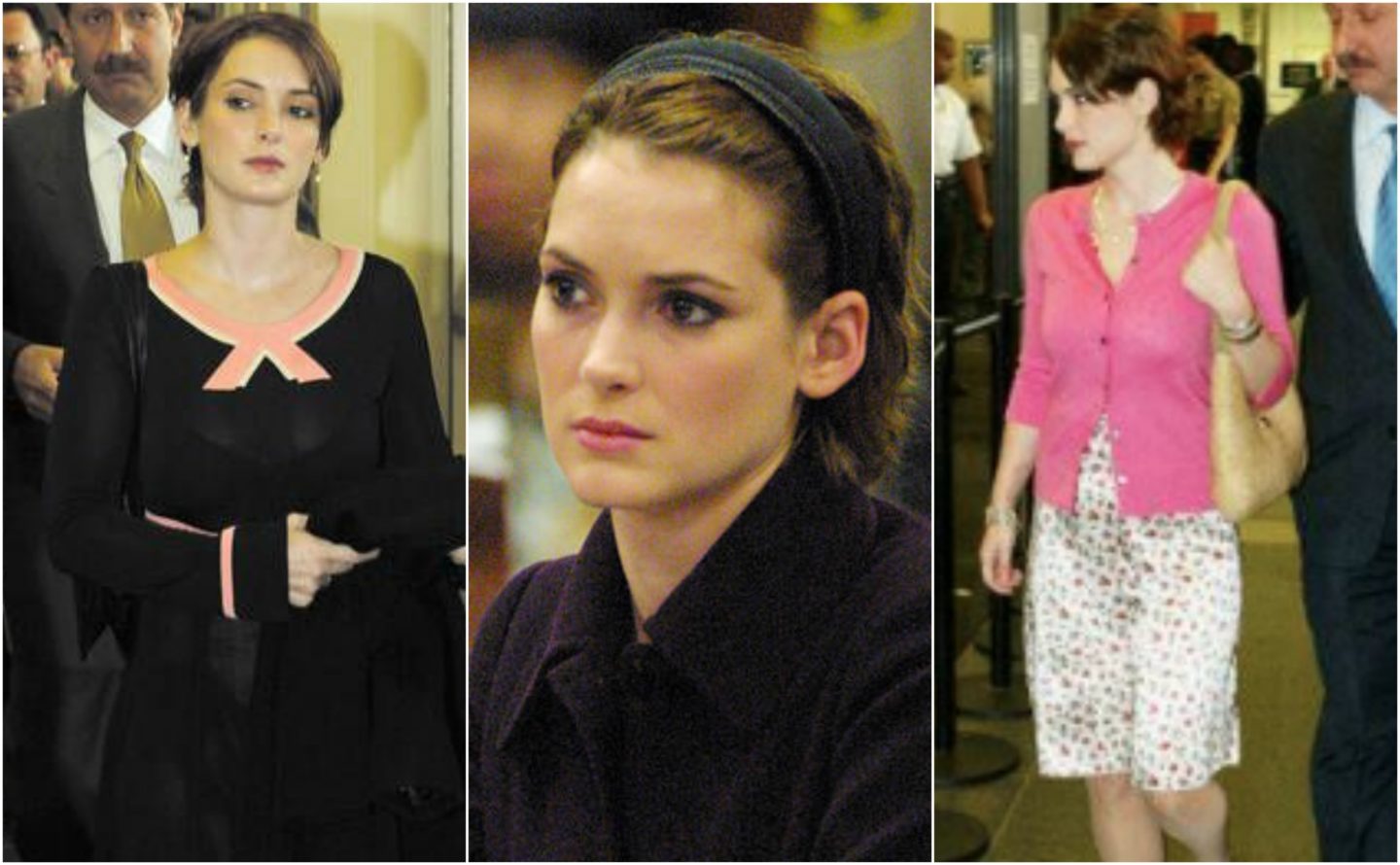 Verdict: Those of us who know the thrill of shoplifting first-hand were less puzzled than the rest of the world when affluent actress Winona Ryder got caught stealing more than $5,000 dollars worth of clothes from Saks Fifth Avenue. The incident was pre-social media yet was more of a setback to Winona’s career than it might have been if it had occurred recently.

In the height of her career, Winona’s aesthetic was more bad ass leather jacket and jeans than dainty femininity, but knowing the severity of her charges she decided to go for a more demure look in front of the judge. Winona Ryder’s courthouse style was a mix of the snooty British twin from ‘The Parent Trap’ meets post-Cobain Courtney Love.

A little bit of Baby-Doll meets “I may have actually done that shit, but look at me! I cannot go to prison!!” 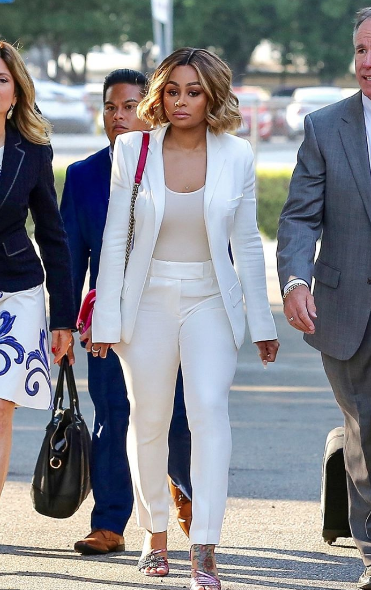 She also won! Way to protect yourself Queen. 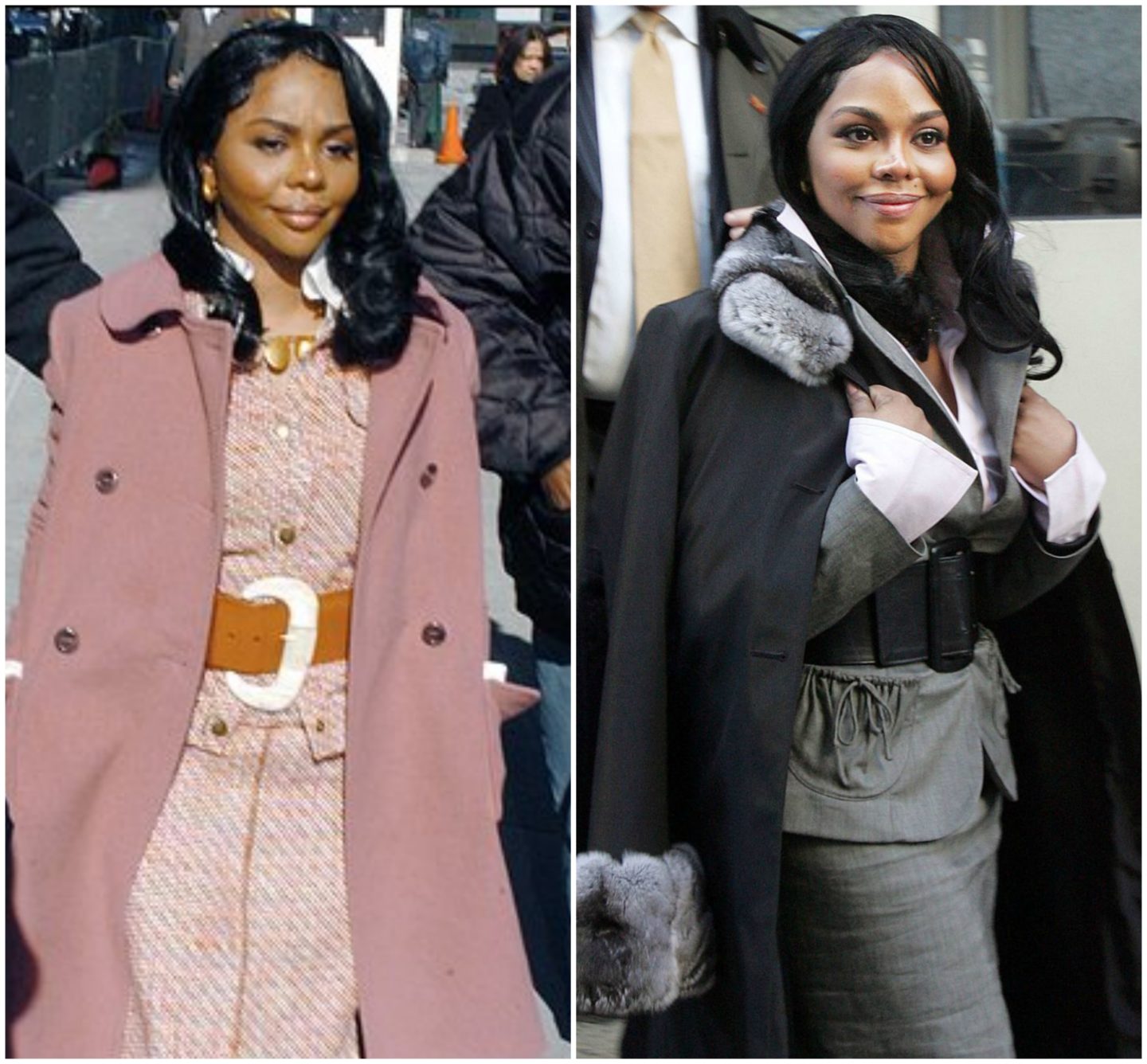 Charge: Three Counts of Conspiracy & One Count of Perjury

Verdict: In 2005, Lil Kim testified in front of a Federal Grand Jury and claimed that she did not know her two friends were at the scene of a 2001 shooting incident outside Hot97. Her testimony was contradicted by video footage of her and the two acquaintances in question, exiting the building together. Kim was sentenced to one year and a day in prison and unlike many celebrities on this list, she served the entirety of her time.

Lil’ Kim’s time in prison was just a minor blip if you look at the entirety of her career. Her status as a fashion icon far over shadows any legal trouble she may have encountered. This due in part to the fact that Kim used every moment in front of a camera to STUNT. Lil Kim’s courthouse looks may be more subdued than we are used to, but it also might be the prettiest she’s ever looked. 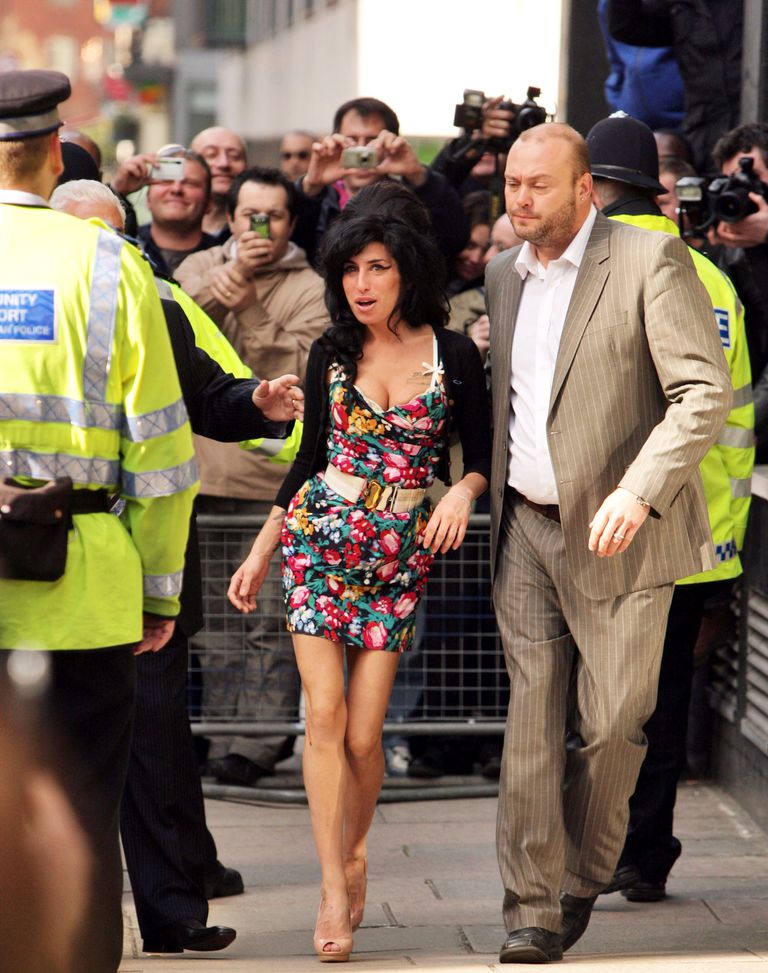 Verdict: Amy Winehouse is someone that pops into our head frequently. Not just her voice but her overall presence is something that world tragically lost in 2011. Apart from drug and alcohol abuse, another demon that Amy had to battle frequently was paparazzi and invasions of privacy. In 2009, Amy was charged with allegedly punching a fan for wanting a photograph. Amy plead guilty but claimed the fan was too aggressive, causing her to defend herself.

In true bad bitch fashion, Amy Winehouse perp-walked her way to the courthouse dressed like someone who knows deep down that they did nothing wrong. Who needs to impress anyone, let alone a judge when you are rooted in your own truth!? Amy was later found not guilty and forever imprinted in our minds and hearts as an imperfectly perfect soul who could work the shit out of a mini-dress.

Verdict: Remy was convicted in 2008 and spent six years in prison for allegedly shooting a woman outside of a club after an altercation. While she did not beat the case, she did give us Willy Wonka realness inside and outside of the courtroom! Her skin looked flawless and her bright plaid shirt gave us ‘Buy One Get One Sale at Rainbow’ feels. We mean that in the best way! 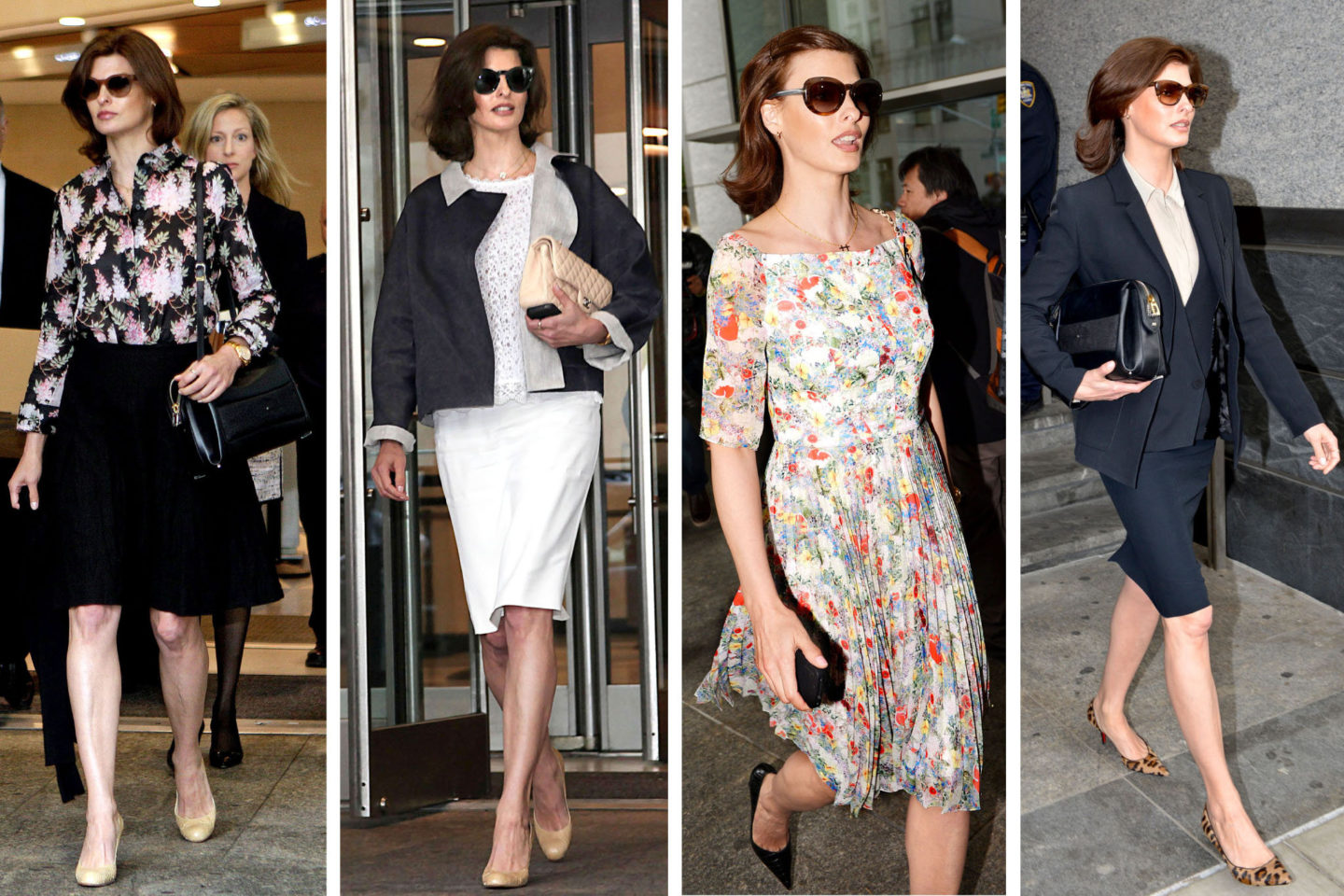 Verdict: In 2012, supermodel Linda Evangelista came to court dressed like the highly put-together mom every woman secretly wishes they could be. Linda served us Upper-East side baddie at a Prep-school Pre-K PTA meeting, and somehow it feels unfair that someone can be both that stylish AND that beautiful.

Verdict: First of all, how TF is having knowledge and using it to your own advantage illegal!?

Second of all, Martha is another capital “G” on this list of the few celebrities that actually served out the entirety of their sentence. In 2004, Martha Stewart was found guilty of felony conspiracy for selling all 3,928 shares of her ImClone Systems stock after becoming privy to an impending FDA ruling that would cause stock to plummet 16%. The information saved her a $45,673 dollar loss but gained her a felony and five months in prison.

Never one to let her hair down, Stewart entered her court case dressed in layers of fine linen and exited her sentence with more popularity than she had before the verdict.

Verdict: In 2012 Lauryn Hill was found guilty of tax fraud, which coincidentally is probably our biggest nightmare! We definitely don’t fuck around with Uncle Sam and pray every year that using the free version Turbo Tax to file works in our favor. Unfortunately Ms. Hill was sentenced to three months in prison and a year of supervised probation.

Throughout her career, Lauryn Hill has been known to be stylish and laid back. Her courthouse looks were no exception. She never let us see her sweat and served looks that gave us “First Year School Teacher with a J.Crew Premier Points Credit Card” vibes.

That’s it for our favorite Legal Looks! Have a favorite that didn’t make the list? Let us know in the comments below.